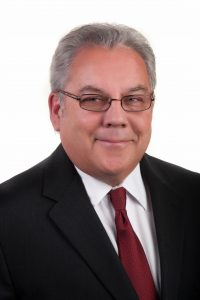 Hunt C. Braly has been practicing law in Santa Clarita since 1992, specializing in land use, real estate, and all issues dealing with local and state government.

From July 1983 until December 1992, Hunt served as Chief of Staff to State Senator Ed Davis, the former Los Angeles Police Chief and Vice Chairman of the Senate Judiciary Committee. In that capacity, he was integrally involved with the drafting and successful passage of legislation and initiatives.

When Senator Davis retired in 1992, Hunt established his own law and lobbying practice in Santa Clarita. In May 1999, he became a founding partner of Hacker, Kanowsky & Braly, LLP, a full service law firm in Santa Clarita. In 2004, the firm changed its name to HackerBraly, LLP. Mr. Braly specialized in land use, development, and real estate law, along with lobbying matters with the firm until the firm disbanded in July 2011. From July 2011 to 2013, Hunt had his own firm, Hunt C. Braly, Attorney at Law. In 2013 he joined Poole and Shaffery, LLP.

In Sacramento, he has been involved in numerous water related legislative issues on behalf of his clients, the Las Virgenes Municipal Water District and the Castaic Lake Water Agency. These activities have included obtaining funding in two statewide bond measures.

He is a graduate in Political Science from the University of Southern California and received his JD from Loyola Law School. He has resided in Santa Clarita since 1989 and is married to Pamela and has two grown daughters, Alex and Morgan.