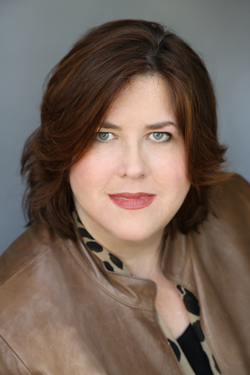 Donna E. Deutchman is the President and Chief Executive Officer (CEO) of Homes 4 Families where she oversees the development of affordable veteran neighborhoods and comprehensive services that empower low-income veterans and their families to enter the middle class. Donna has more than three decades of experience growing nonprofit organizations and creating the public-private partnerships that empower them to better serve their missions. Through her years of compassionate service to the Southern California community, Donna has developed a rich expertise in fundraising, branding, marketing, advocacy, government affairs, and non-profit business model development.

As CEO of Homes 4 Families, Donna pioneered the outcome-proven Enriched Neighborhood® model, an innovative housing and social service model that addresses the distinct needs of the veteran community. This model was replicated in partnership with the California Department of Veterans Affairs. Donna has overseen the development of more than 144 homes for low-income families in Northern Los Angeles communities including Burbank, Santa Clarita, Pacoima, and Sylmar.

Prior to founding Homes 4 Families, Donna served as the CEO of Habitat for Humanity’s San Fernando/Santa Clarita Valleys chapter, which under her leadership became one of only 5% of Habitat chapters internationally to have built or renovated more than 100 homes – a total of 359 homes. She was responsible for the effective financial, operational and administrative management of the affiliate under the direction of the board of directors, as well as advocacy efforts, development, and construction and governmental affairs.

Donna served as the National Director of Model Development at the Leeza Gibbons Memory Foundation where she built partnership models and strategic alliances to support families with members suffering from memory impairment. Donna also served as the President and CEO of ONEgeneration, where she created intergenerational care services and programs for seniors, children, and at-risk youth. This model was nationally recognized as a Congressional Model of Excellence for its success in serving these populations.

Donna has written two pieces of legislation that were passed by the State of California and has helped conduct seminal research for housing and gerontology publications. She is currently a Senior Fellow at the UCLA Luskin School of Public Affairs, a past Chair of the Governor’s Interagency Council on Veterans Housing Committee, and past member of the California Department of Housing and Community Development advisory committee.  In 2018, she was honored by the San Fernando Valley Business Journal by being named Not-for-Profit Business Woman of the Year.