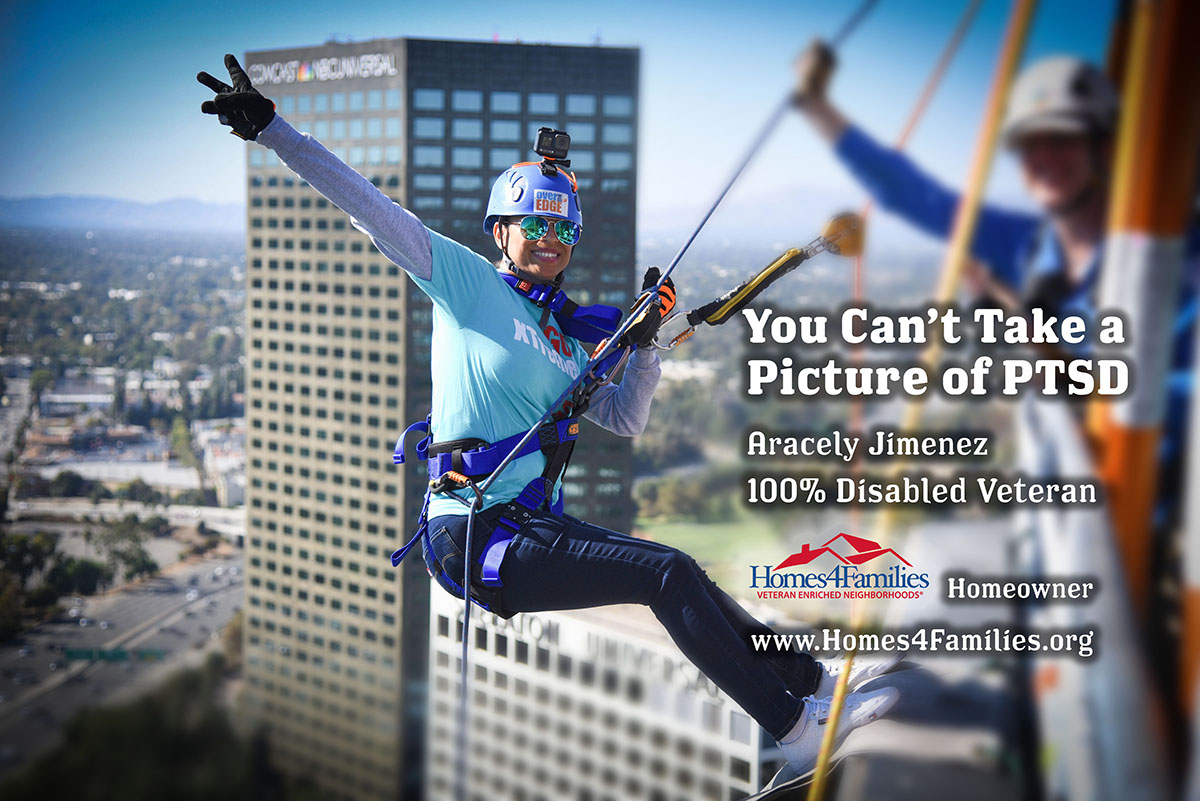 I remember being a boy playing Army Soldier in my backyard with my cousin.  Our fathers built us a tree house and we received camouflage face paint from a friend of the family. Amidst our imaginary action scenes one of us would inevitably get hurt. “Real Soldier’s don’t cry” we’d say to one another. Fast forward 20 years later after serving 4 years as a Hospital Corpsman for the Marine Corps, deploying to both Iraq and Afghanistan, and burying four men from my company due to suicide alone, it’s apparent just how wrong we were. 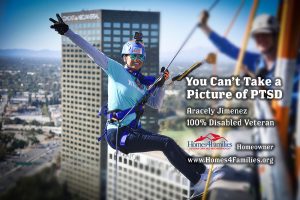 When most people think of disabled veterans they expect to see someone with a physical injury like a missing limb, burn wound, or scars. However, it’s the unseen effects of the military that can truly cripple a veteran. Feelings of loneliness, depression, loss of self-worth and longing for days of past are just a few of the things service members with PTSD struggle with on a daily basis. The Post Traumatic Stress involved with serving during a time of war can directly affect a person’s career, financial, and emotional success. 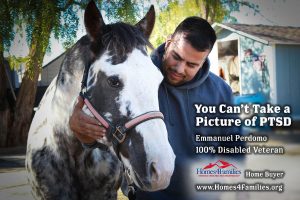 This photo series is designed to raise awareness of these unseen wounds and serve as a testament to the courage veterans with PTS must exhibit to process through these issues and manage these feelings for years to come. This is the reason that Homes 4 Families founded the Veteran Enriched Neighborhood® model; Veterans need to be around those with similar backgrounds. In addition to that the wrap-around services provided to veterans focuses on using art as a medium to help deal with a wide array of traumatic experiences as well as provide practical classes which will give veterans the tools needed to be successful homeowners. 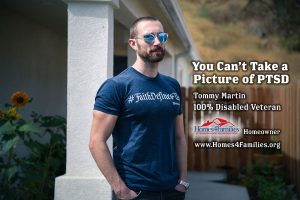 When I approached these veterans about participating in a photo series designed to raise awareness of PTSD, I was met with much enthusiasm. Each one was excited about being depicted in an environment of their choosing. They wanted to showcase just how far they’ve progressed in hopes that they could provide hope to other veterans remaining silent in their struggles. These are combat veterans from different regions of the world: Iraq, Afghanistan, Saudi Arabia, and Vietnam. All of which are progressing in life despite their past traumatic experiences. They are future homeowners, attending college, working in the professional world, and even running their own businesses. Their eagerness to be transparent in hopes of educating and bringing hope to others is a true testament to the fact that veterans never stop serving, so we should never stop serving them. 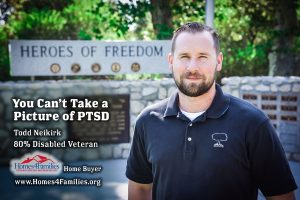 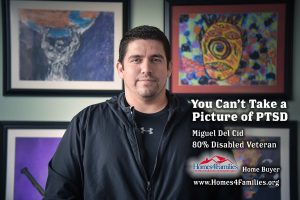 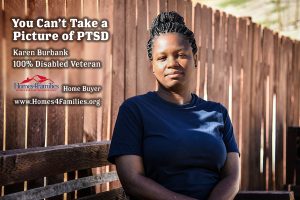 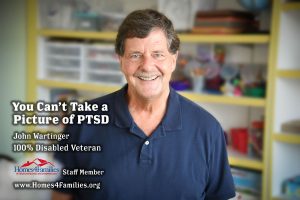 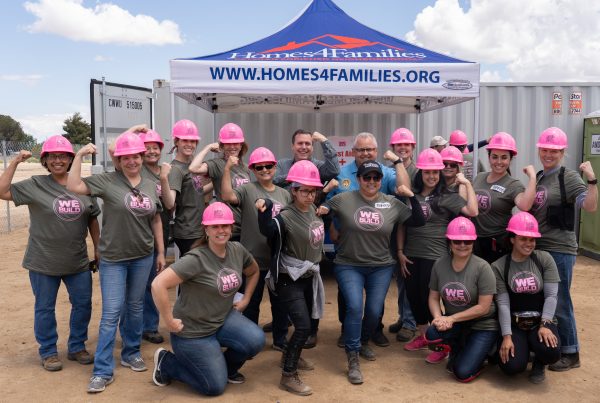 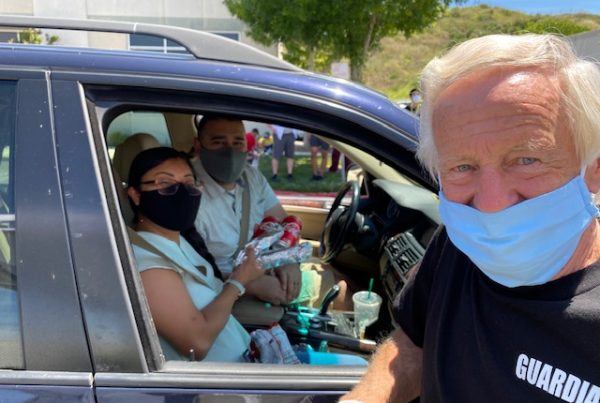