Groundbreaking on 87 New Homes for Veterans

By Donielle DeLeonNovember 11, 2013No Comments

SANTA CLARITA — For James Knoles, a disabled Navy veteran, the realization that he was going to soon own his first home was an emotional one.

“I really enjoy this opportunity to actually own a home for the first time in the United States,” Knoles said.

Knoles was among hundreds who gathered Saturday on Centre Pointe Parkway to attend the groundbreaking ceremony for a future residential development project that will provide low-cost homes to veterans.

The ceremony, hosted by Habitat for Humanity and the Greater Los Angeles Area branch of the United Service Organizations, featured a heartfelt recognition to 16 families already approved to live in the new community and to the people involved in making the project a reality.

The Habitat Enriched Neighborhood community is slated to open in late summer 2014 and will feature 87 homes sitting on 24 acres on Centre Pointe Parkway north of Bowman High School.

“This is a great day for the community to come together and serve veterans in a way that they can have a piece of the American dream, which is home ownership,” said California Department of Veterans Affairs Secretary Peter Gravett.

The housing complex not only offers veterans a place to live, but it will also include educational programs, counseling and health services and other programs that veterans and their families can use, according to officials.

The low-income families were approved for one of the 87 homes by Habitat for Humanity, and qualified for a home loan from the California Department of Veterans Affairs.

More than 100 families are still in process to be selected.

Streets in the development project were named and dedicated to six people who were instrumental to planning and funding the new community, including Gravett.

“The streets were named to the people who were essential — essential to the ability for this project to move forward,” said Donna Deutchman, the chief executive officer of Habitat for Humanity in the San Fernando and Santa Clarita valleys.

The ceremony was followed by a barbecue for the troops and a USO-style stage show.

Bob Kurkjian, executive director of the USO Greater Los Angeles Area branch, praised the development project for the opportunities it will provide to veterans.

“This provides opportunities for them to live in a home of their own and participate in building it and build their own community here under the umbrella of a really amazing, really impressive habitat criteria and enrichment program,” Kurkjian said.

By Natalee Ayala For The Signal 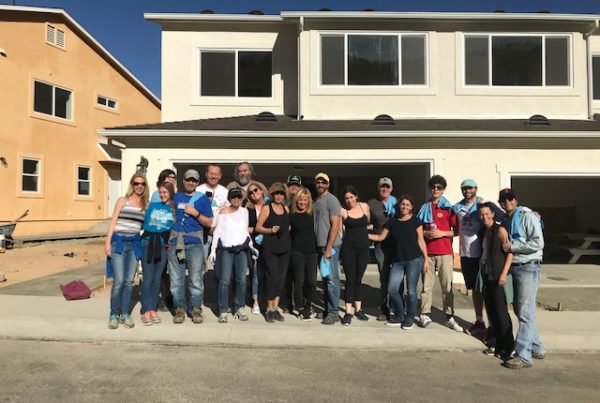 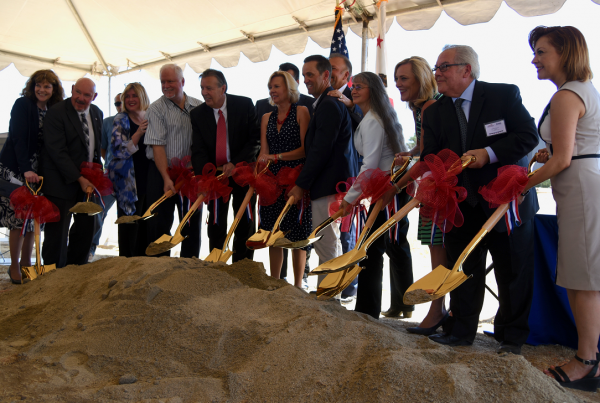